Chinan Branch Station is located in Chishan District, Kaohsiung City. The Branch Station, formerly Nan -long Farm of San-Wu Corporation during the Japanese colonial period , became a working station in 1971 and was upgraded to the current Chinan Branch Station in 1983. The major activities include the establishment of good practices for producing safe and high quality vegetables, and the improvement of vegetable crops such as eggplant, sponge gourd, taro, bottle gourd, bitter gourd, cucumber, and cowpea. Development of organic farming techniques has also been a focus.

Two hybrid sponge gourd varieties, “Kaohsiung 2” and “Kaohsiung 4”, were released in 2005 and 2013, respectively. “Kaohsiung 2” carries the desired traits of early maturing, high fruit bearing rate and high yield. This variety is recommended for cultivation in early spring and summer, which is an important summer variety in central Taiwan. “Kaohsiung 4” is an excellent cultivar with early maturing, chilling tolerance, and high yield. It could be planted all year round in southern Taiwan.

A hybrid bottle gourd variety, “Kaohsiung 1”, was released in 2002. It has characteristics of early maturing and high sweetness, and it does not turn black readily after cooking.

An F 1 hybrid bitter gourd variety “Kaohsiung 1” with a green peel and elongated fruit shape was released in 2011. It has characteristics of non-acerbic taste, good taste, high quality and chilling tolerance.

The objective of cucumber breeding is to develop F 1 hybrids with characters of higher female flower rate, disease tolerance, superior quality, and high yield. At present, more than 100 domestic and foreign cucumber varieties have been collected and several elite inbred lines have been bred. The main objective of yard long bean breeding program is to develop varieties with flood tolerance and Fusarium wilt resistance. Current work includes germplasm collection, propagation, and application assessment. 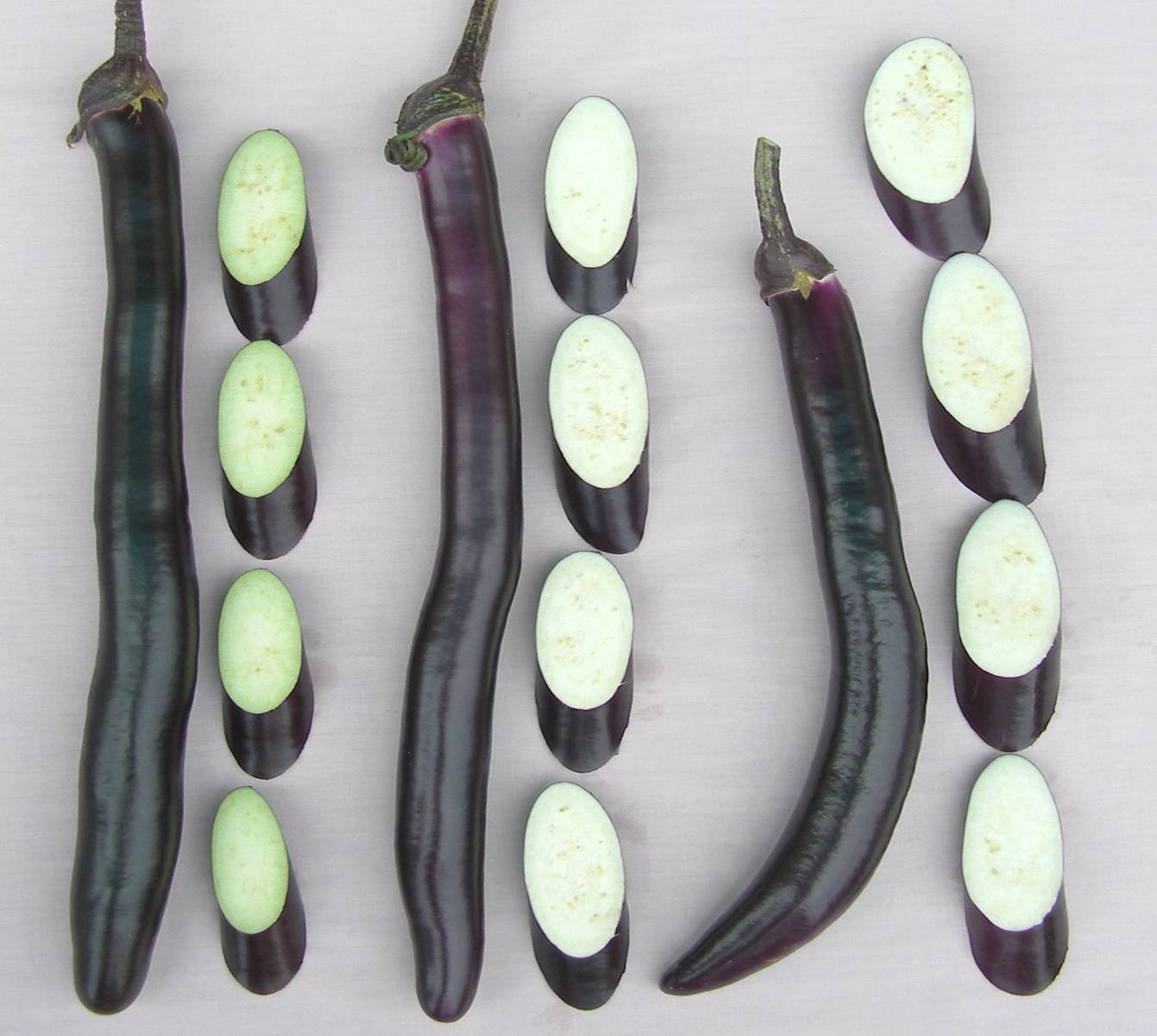 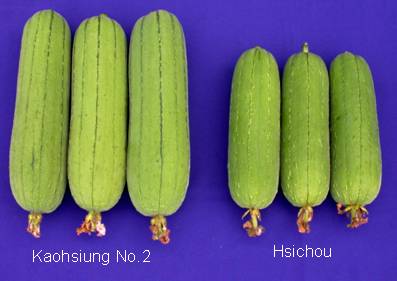 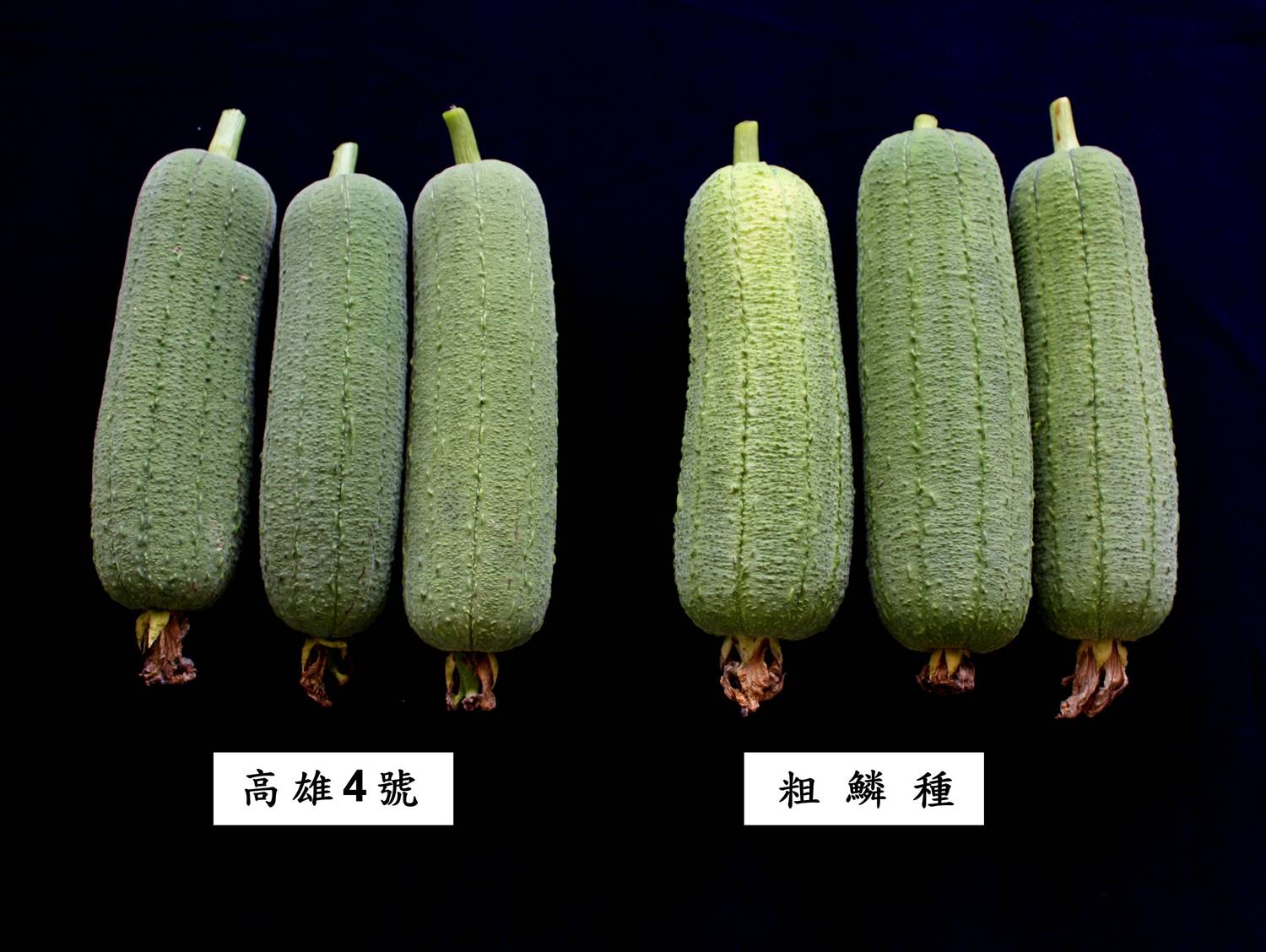 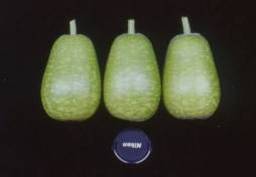 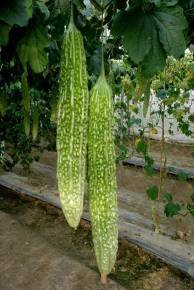 The fruits of bitter gourd “Kaohsiung 1” 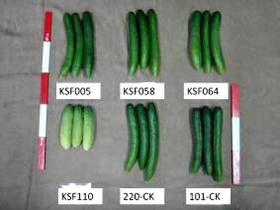 A 0.6-hectare organic agricultural experimental farm was established in Chinan Branch Station in 1988. Long-term observation suggested that organic farming was beneficial to soil texture improvement, crop growth, and pest control. In order to strengthen the organic agriculture research, the experimental farm was expanded into a 3.4-hectare eco-farm in 2001. Since then, research has been focusing on the selection of crops and varieties suitable for organic cultivation, as well as the development of protected cultivation techniques for producing organic vegetables. 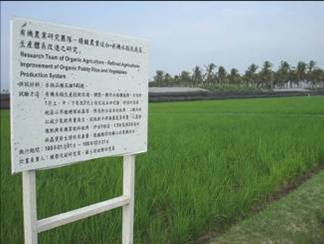 Use of bio-liquid fertilizer (BL) was beneficial to guava production