Home > About us > Agricultural environments

The Station is one of the seven agricultural research and extension stations in Taiwan. Its service area covers Kao-Ping Area (Kaohsiung City and Pingtung County) and Penghu County. According to the Agricultural Statistics Yearbook 2012, the cultivated acreage in Kao-Ping Area was about 124,000 hectares or 15.5% of the total cultivated land in Taiwan; the numbers of farm families and farmers were 133,000 and 506,000, which respectively accounted for 17.1% and 17.2% of the total farm families and farmers in Taiwan. 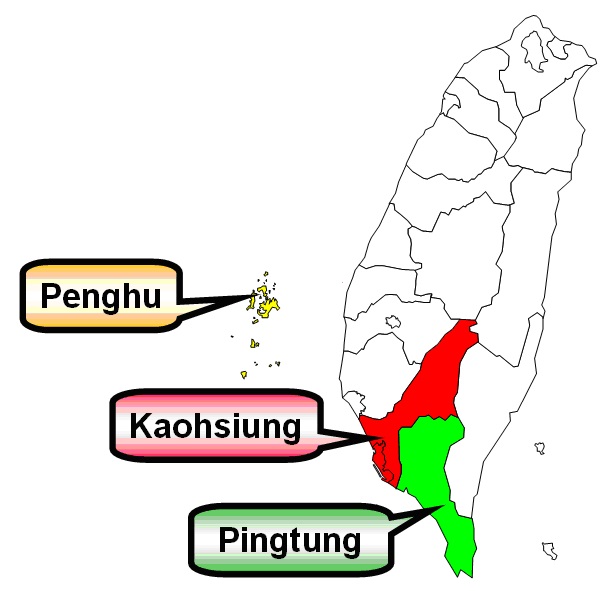